This Honda 400 Four had sat (until recently) for 7 years in a shed.

During that time the brake fluid had leaked out through the front caliper. There was absolutely zero braking available from the front - or zero resistance at the lever... 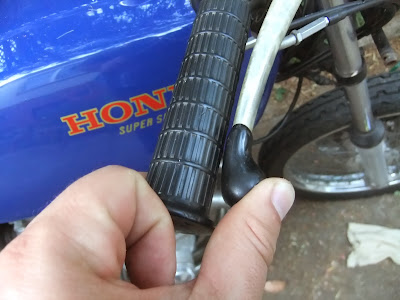 The front brakes were bled and new brake fluid added. So far so good, resistance returned to the front lever and front breaking was back on the agenda.

However...break fluid, that being the stuff that strips paint and is generally pretty obnoxious, was leaking slowly from the master cylinder at the junction with the brake lever.

Time for an overhaul.

First step, the master cylinder was removed from the handlebars and placed in a vice (safely wrapped in cloth). These older style 'all in one' master cylinder and reservoir castings, used right through the 70's, scratch easily - you've been warned! 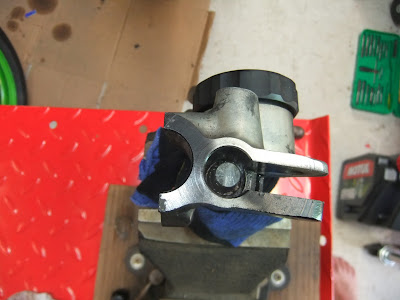 We have found a certain technique to be effective with this type of master cylinder overhaul.

The key difficulty mentioned on older Jap bike forums and by blokes we know is removing and reinstalling the retaining cir-clip, and to do so without trashing the casting.

Start by immersing the circlip (you can see it below at the base of the piston) in your favorite penetrating oil. We like Inox but WD40, RP7 are all good. Change this each day, and use dentist picks to remove the rust \ scum that will have built up since the last overhaul (probably 40 years ago at at the factory build).

The pictures here are after 3 by 48 hour soaks with a quick clean each time. Before commencing I could not see the circlip clearly, nor the ring ends, and the circlip would not move in it's land (i.e. ring groove). After a week of soaking in Inox it was easy to see, and then remove with a dentists pick. 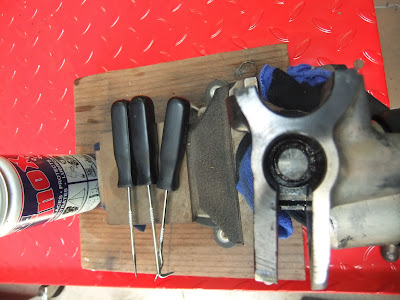 Note this example was removed with a pick as it was being disposed of and replaced. If you are re-using you will need take more care, or better yet use the right tool, circlip pliers. 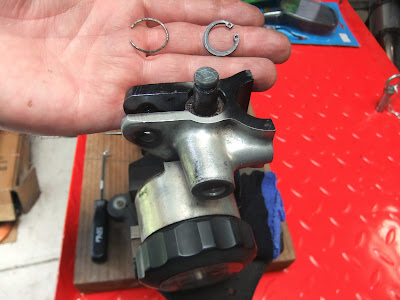 Here is the original piston. It has led a hard life and is destined for the dump bin. 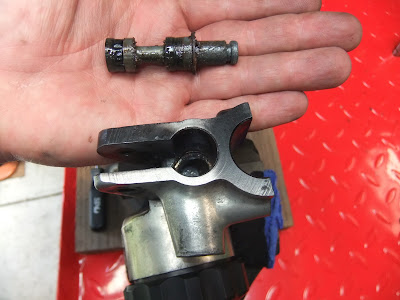 This is the K&L master cylinder kit.We have used a few of these, so too for their carb overhaul kits. Quality seems fine. 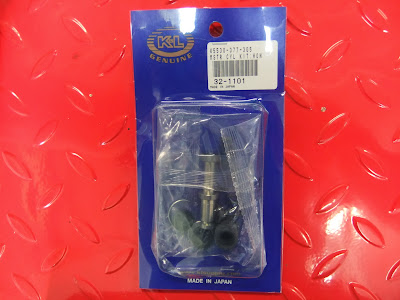 New parts on top, old underneath. Reservoir & master cylinder casting on the right. It is a true joy in life to add new bits to old bikes... 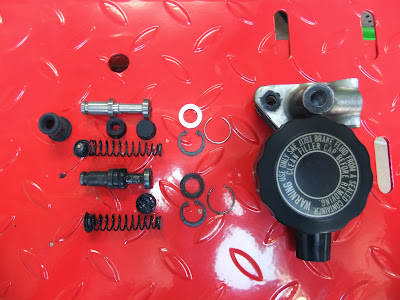 Here is a close up of the master cylinder internals, new vs. old. Note the circlip compression of the older item (bottom right hand side) after decades in a compressed state. 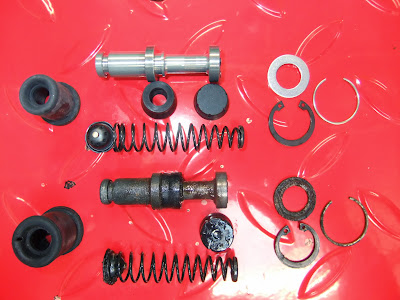 And the brake fluid reservoir showing it has not been cleaned in a few years. 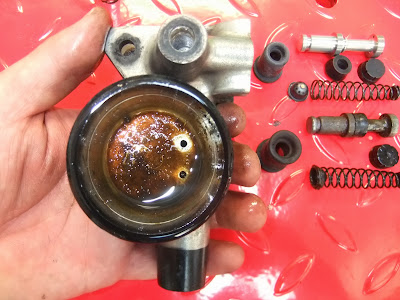 Notice also the contamination of the master cylinder bore. This requires cleaning before re-assembly or the operating tolerances will be compromised. 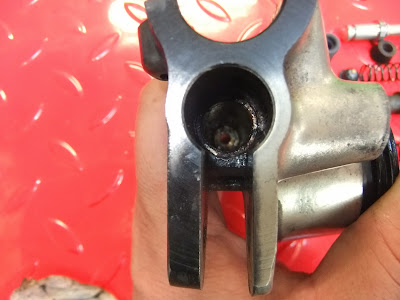 After cleaning (with brake cleaner and a toothbrush) the casting looks 20 years newer. We blew out both ends with compressed air in preparation for re-assembly. 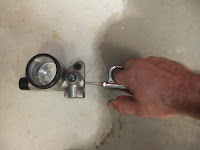 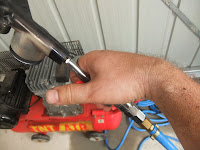 The circlip ring land needs to be cleaned too for effective seating. 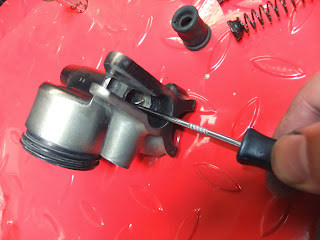