January 07, 2014 Team Carbonised 0 comments
Let's face it, mid 70's Yamaha dirt bikes rock.
One of the carbonised crew had been looking for a DT400 for a while.
It had to be a '75 or '76 model. After that they were hit with the ugly stick.
This popped up for sale. It didn't run, the tank and muffler were full of holes, electrics were bodged, all rego bits (lights, indicators, speedo) were long since lost. Naturally he bought it. 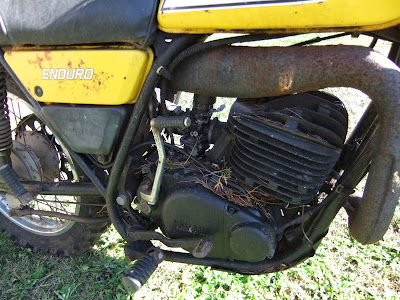 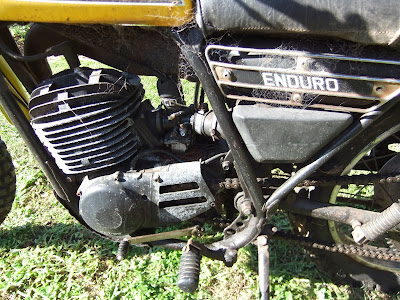 The wiring had seen better days. Headlamp, horn, blinkers had all been removed and lost. Front mudguard was brush painted with house paint. 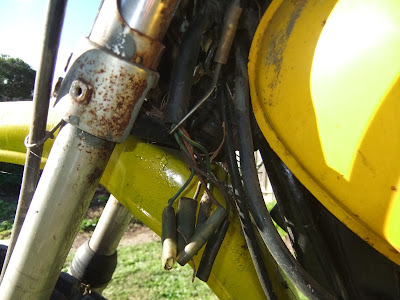 Rear guard had been cracked, dented, bent and beaten so many times it was beyond repair. 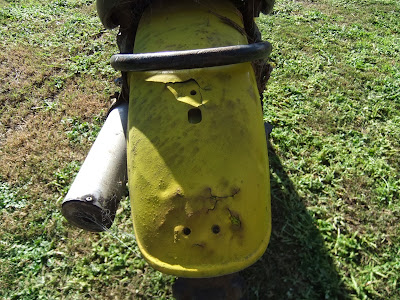 Most species of Australian spiders were found in here. 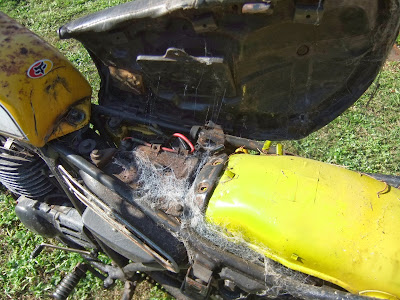 Interestingly the stock headlight supports were folded underneath the hand cut alloy race plate. After some sanding and preparation they were quite serviceable. 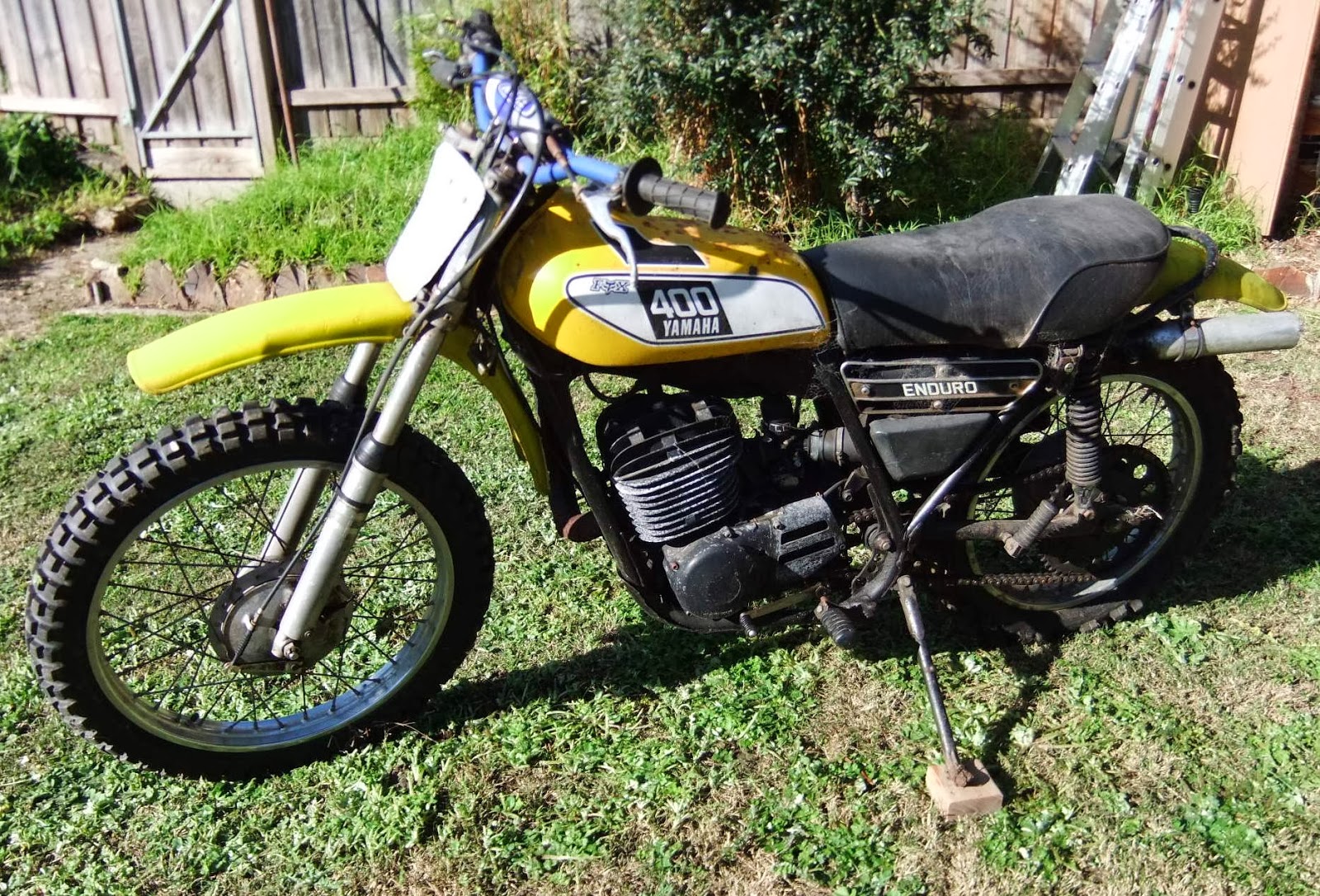 Some precious metal after priming. 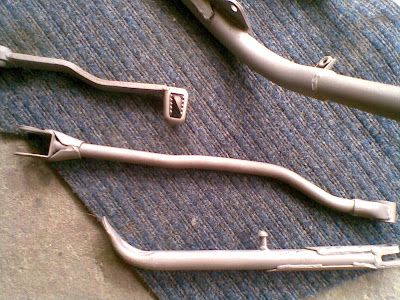 Swingarm was wire brushed to remove rust, then primed. Note the bolts to keep primer out of the bearing boss. The welds were structurally sound after 40 years of neglect. 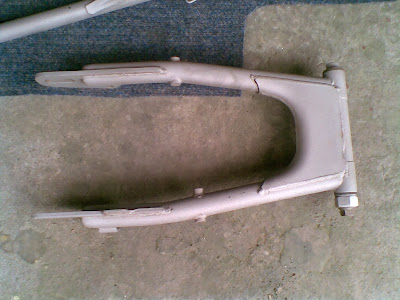 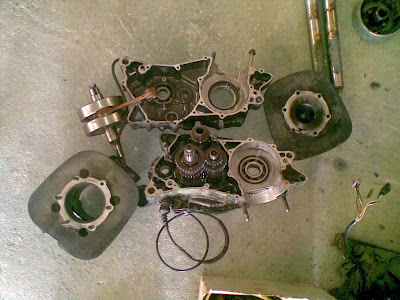 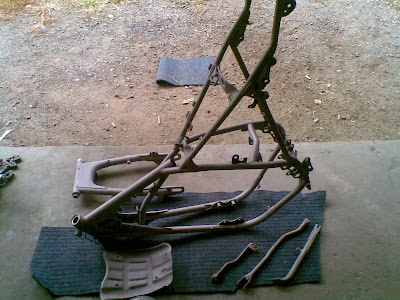 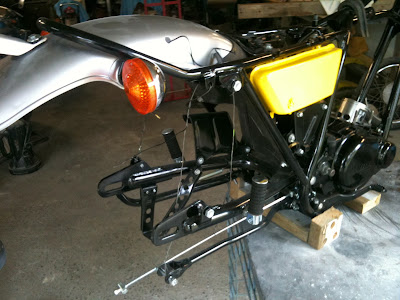 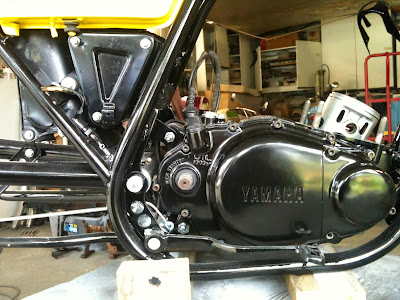 Replacement original muffler found in the US, gently prepped and coated with UHT header paint. Ready for another 40 years! 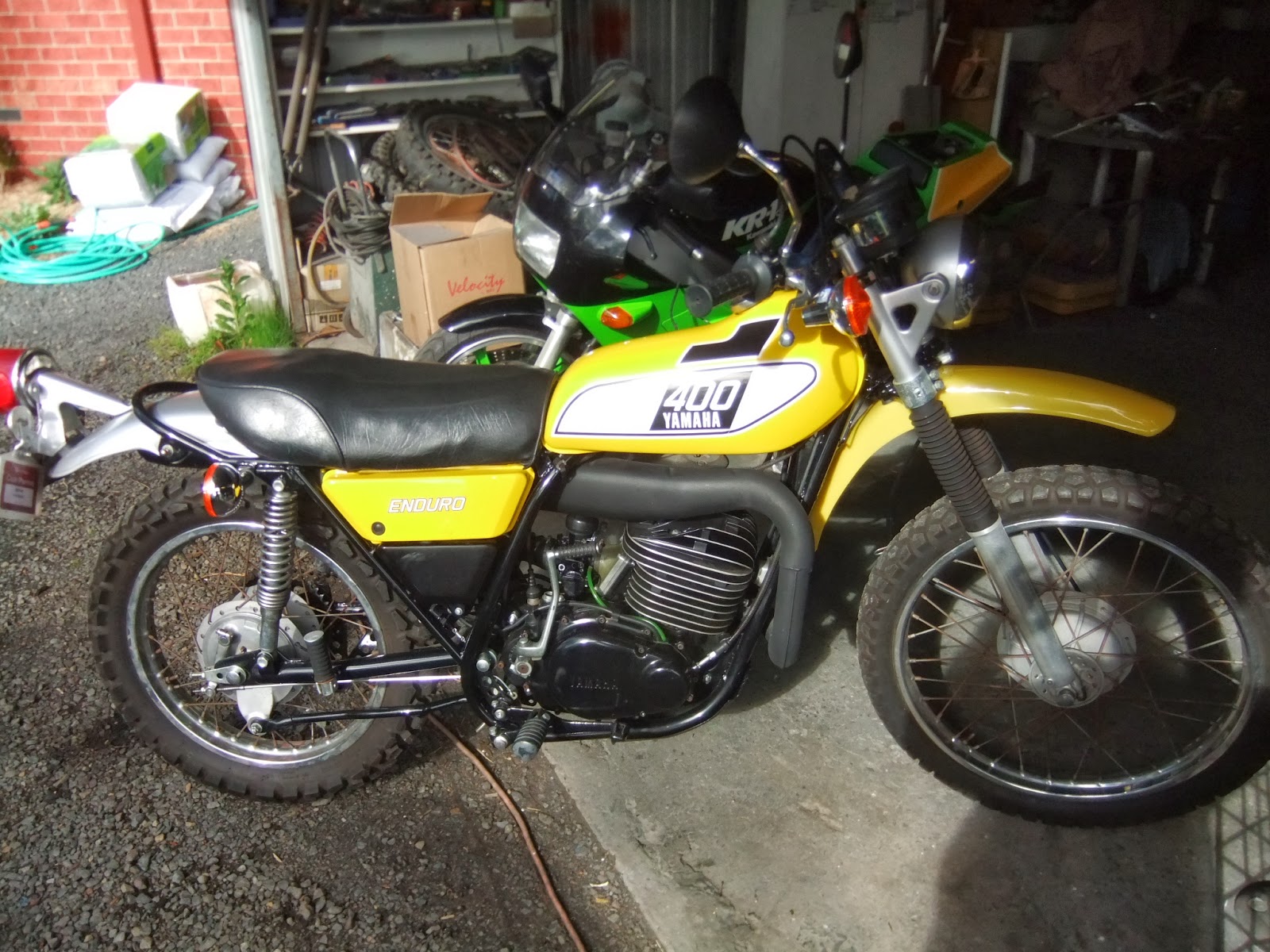 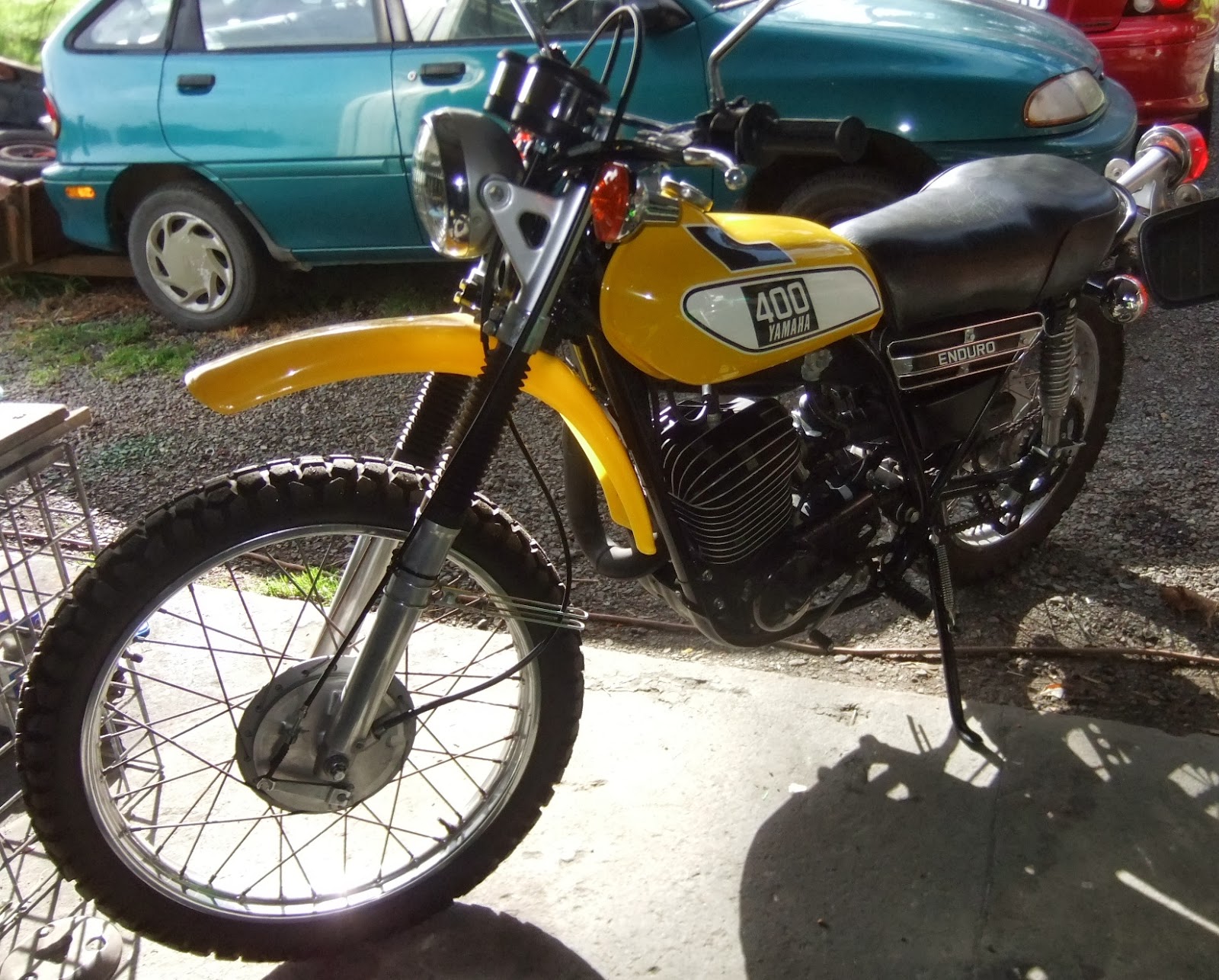